Hi there! My name is Annie Frisbie and I’ve been a lactation consultant in private practice in New York City since 2011.

And I’m going to get real honest here, it started as a hobby. 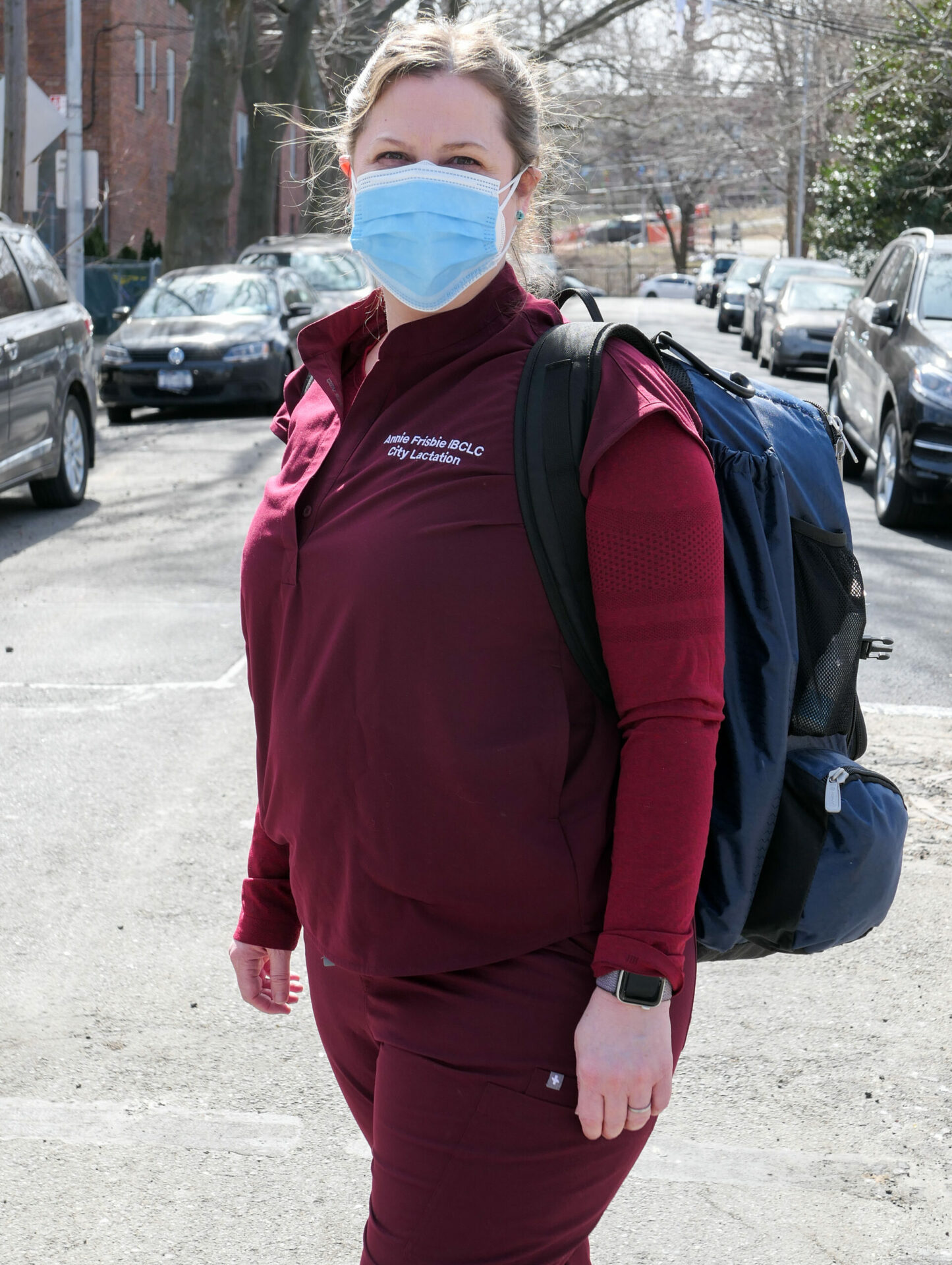 I had decided to leave my job in the entertainment industry, and was looking for meaningful work that would let me put my family first.

But I quickly realized that not only did I want to serve families needing lactation help, I wanted to build a business that would serve my family.

i give my private practice the same care and attention I give to my clients.

And my private practice takes care of me.

And that’s where you and I come together.

I’m here to help you nurture your private practice so you can expand the circle of care you’re creating for families.

I’ve successfully built a private practice lactation business that I love and now it’s your turn. I can’t wait to help you do the same. I’m so glad you’re here.

In 2018 Annie was honored with the US Lactation Consultant Association’s President’s Award, “awarding those that demonstrate extraordinary service to the association and profession.”
Annie has had a lifelong interest in technology, productivity, and privacy. She was the Senior Editor of Zoom In Online, of Magnet Media Inc, where she created, produced and project managed written and video content for media professionals on both the training and editorial sides. Additionally, she produced trainings for film production and screenwriting software.

Annie’s writing career has spanned more than twenty years. She is the writer and producer of two produced films (Speak and The Good Witch’s Destiny) and has written about film for Time Out New York, New York Magazine, and Christianity Today, among others. She served as the photo editor for The Art of the Documentary by Megan Cunningham (published by New Riders).

In her tenure working for film producer Fred Berner and later as a freelancer for New Line Cinema, the Independent Feature Project, the Nantucket Film Festival and various independent producers, she covered books and screenplays and advised on their market potential. She also participated in creating business plans, project proposals, marketing collateral, and contracts.

Annie’s interest in legal intricacies springs from her experience working as a clearance and product placement coordinator for films and television shows including Pollock, Far From Heaven, and The 25th Hour. She has carried that passion into her work as a healthcare provider, becoming HIPAA certified and an expert on insurance coding for lactation.

Annie has a BA from Franklin and Marshall College with a double major in American Studies & Theatre, Dance, and Film, and an MA in Cinema Studies from New York University. She lives in Queens, New York with her husband, their two children, and their two cats.

“Anatomy of a Consult Part 2” + “Using Technology for Your Practice.” GOLD Lactation Academy.

How To Run an Outpatient Lactation Consult — The Lactation Private Practice Essential Course, 2021

“Into the Unknown: Branding your Lactation Business with Storytelling” — USLCA Virtual Workshop 2020 “So, You want to start a Lactation Practice?”

Repairing the Leaks in the Boat: Privacy Risk Assessment and the Lactation Workflow — iLactation 2020

How NOT to Negotiate Against Yourself: Hollywood A-List Strategies Made Simple: for Lactation Consultant Who Find it Difficult to Talk About Money — LCinPP 2020

The Lactation Corporation: Creating the Structure for Optimal Function (with Leah Jolly) — LC in Office, 2019

Expanding Your Private Practice (with Leah Jolly) — LC in Office, 2019

Repairing the Leaks in the Boat: HIPAA Risk Assessment and the IBCLC Workflow — USLCA 2019; NYLCA 2019

Demystifying Tech for the IBCLC: Incorporate Digital and Online Tools in your Lactation Workflow and Meet Your Ethical Obligations — LCinPP 2019 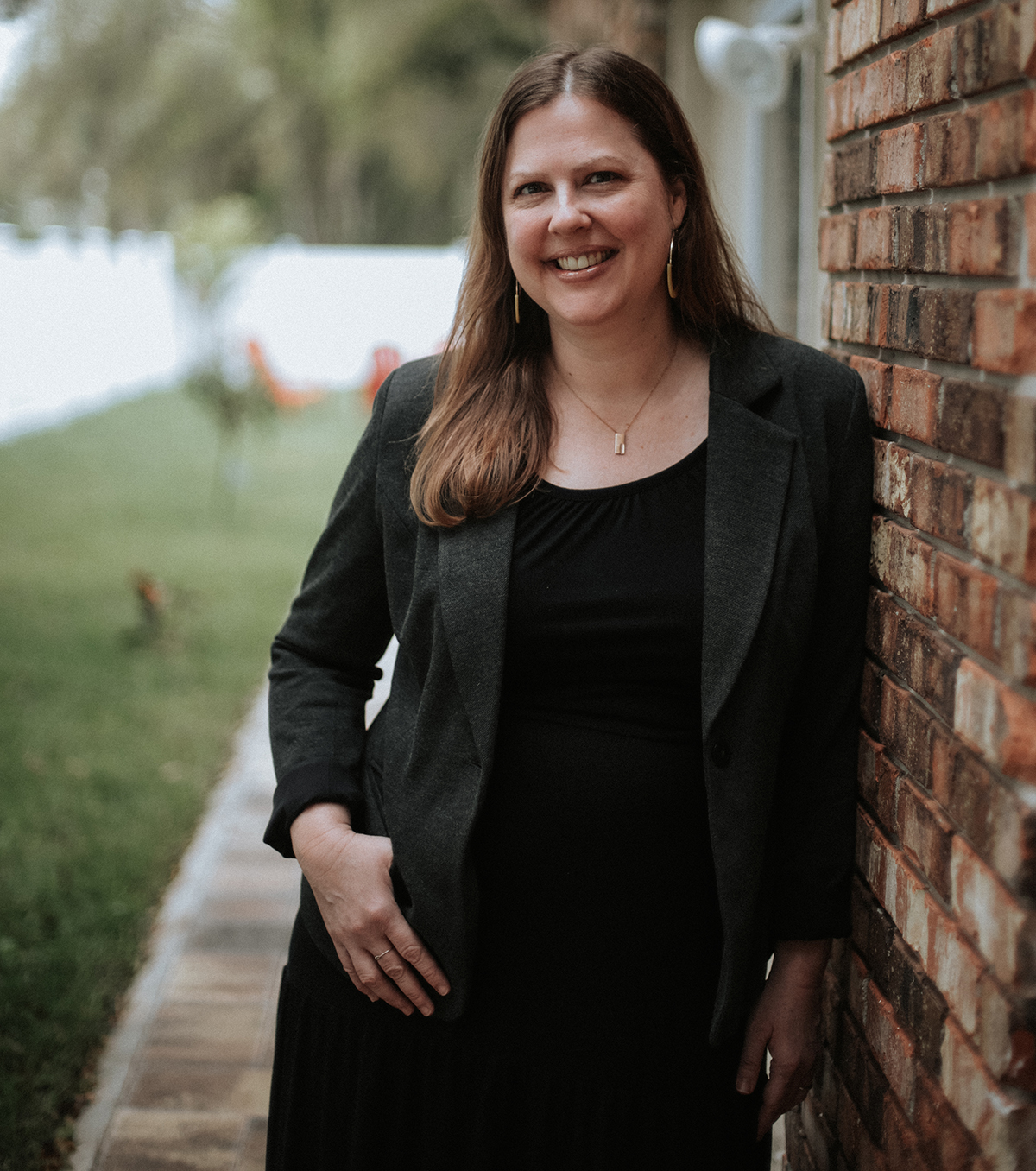 Looking to book me as a speaker?

I’m available to speak to lactation consultants and perinatal professionals on topics such as:

As a professionals working with pregnant, birthing, and postpartum families, we should be working together towards three specific goals:

The IBLCE Code of Professional Conduct states that the IBCLC is to “Treat all clients equitably without regard to ability/disability, gender identity, sexual orientation, sex, ethnicity, race, national origin, political persuasion, marital status, geographic location, religion, socioeconomic status, age, within the legal framework of the respective geo-political region or setting.”

To me, ethical integrity means implementing policies and procedures that not only meet my obligation to provide equitable care to families, but also to center equity in all of my professional and clinical communications and relationships.

As the owner of Annie Frisbie IBCLC, Inc, I commit to:

Resources on equity trainings and organizations to support

We use cookies on our website to give you the most relevant experience by remembering your preferences and repeat visits. By clicking “Accept All”, you consent to the use of ALL the cookies. However, you may visit "Cookie Settings" to provide a controlled consent.
Cookie SettingsAccept All
Manage consent

This website uses cookies to improve your experience while you navigate through the website. Out of these, the cookies that are categorized as necessary are stored on your browser as they are essential for the working of basic functionalities of the website. We also use third-party cookies that help us analyze and understand how you use this website. These cookies will be stored in your browser only with your consent. You also have the option to opt-out of these cookies. But opting out of some of these cookies may affect your browsing experience.
Necessary Always Enabled
Necessary cookies are absolutely essential for the website to function properly. These cookies ensure basic functionalities and security features of the website, anonymously.
Functional
Functional cookies help to perform certain functionalities like sharing the content of the website on social media platforms, collect feedbacks, and other third-party features.
Performance
Performance cookies are used to understand and analyze the key performance indexes of the website which helps in delivering a better user experience for the visitors.
Analytics
Analytical cookies are used to understand how visitors interact with the website. These cookies help provide information on metrics the number of visitors, bounce rate, traffic source, etc.
Advertisement
Advertisement cookies are used to provide visitors with relevant ads and marketing campaigns. These cookies track visitors across websites and collect information to provide customized ads.
Others
Other uncategorized cookies are those that are being analyzed and have not been classified into a category as yet.
SAVE & ACCEPT